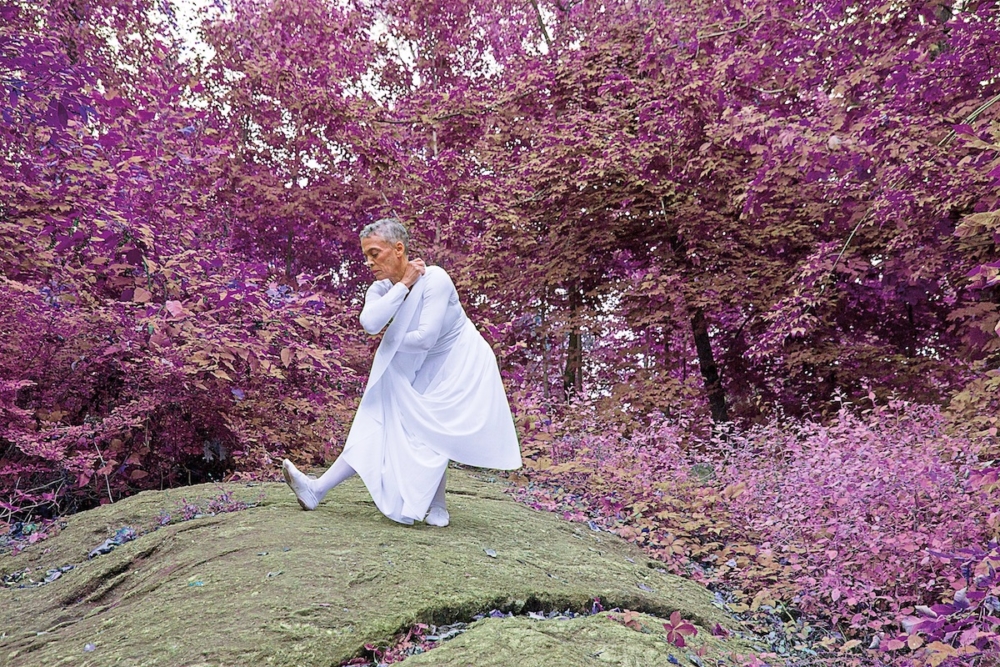 What is a portrait for? On consideration, it’s apparent that any portrait is a record, an act of documentation. It is also a display object, an iconic representation of the person (excluding pictures of animals) that should hold a convincing resemblance to the real person. Having seen a good portrait, we might, in running into the actual subjects in the street, stop them to say, “I’ve seen you somewhere before.” Portraits are also acts of intentional promotion: they mean to show — in a revelatory flourish — the subject’s social status, wealth, significance, talents, power, beauty, or tribal resemblance. Portraits are, in this vein, a means of manipulating the viewer to see in the subject that which the artist wants us to see. 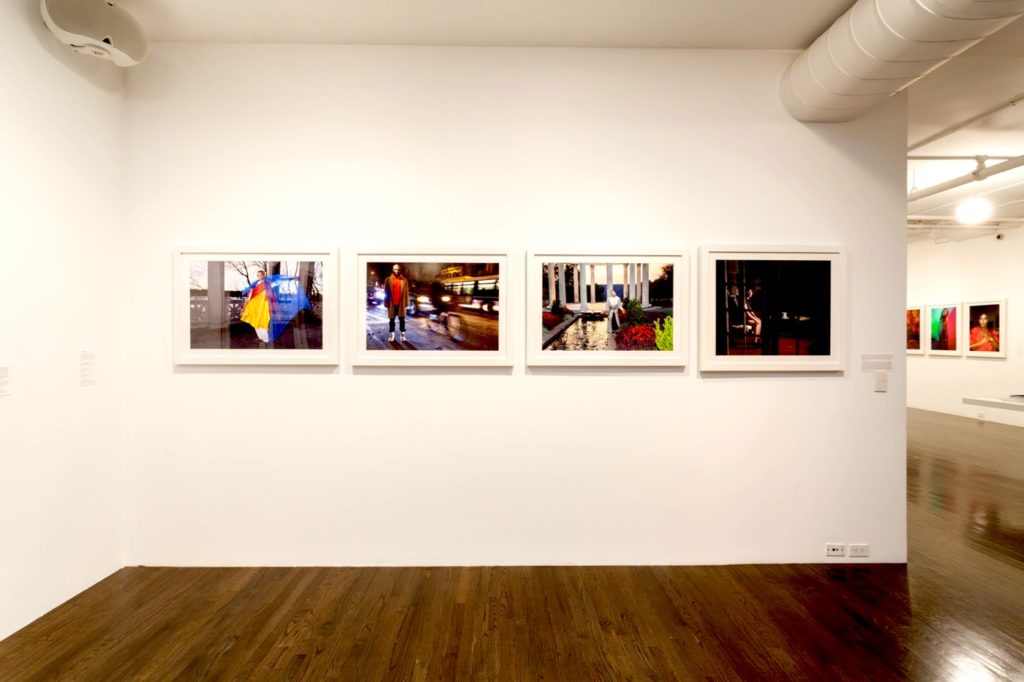 Installation view of The Supper Club, The 8th Floor Gallery

The artist Elia Alba’s The Supper Club exhibition at the 8th Floor gallery is full of photographic portraits that accomplish all of the functions listed above. Additionally, they act as a kind of measure of the intimacy that Alba has earned with her subjects in producing her Supper Club project, through which she has hosted about 25 conversations of weighty and formidable topics, convened around a meal, to which she invites artists of color (two of which I have attended). The project began in 2012 and has taken on topics such as the nature and consequences of being a black male in the US now, or the nature of and need for sanctuary and safety. Most of the artists featured in the exhibition have been guests for Alba’s Supper Club, and all are people of color. Giving them a platform for the display of their bodies, personalities, and talents is clearly paramount for Alba. [mc4wp_form id=”6042″] 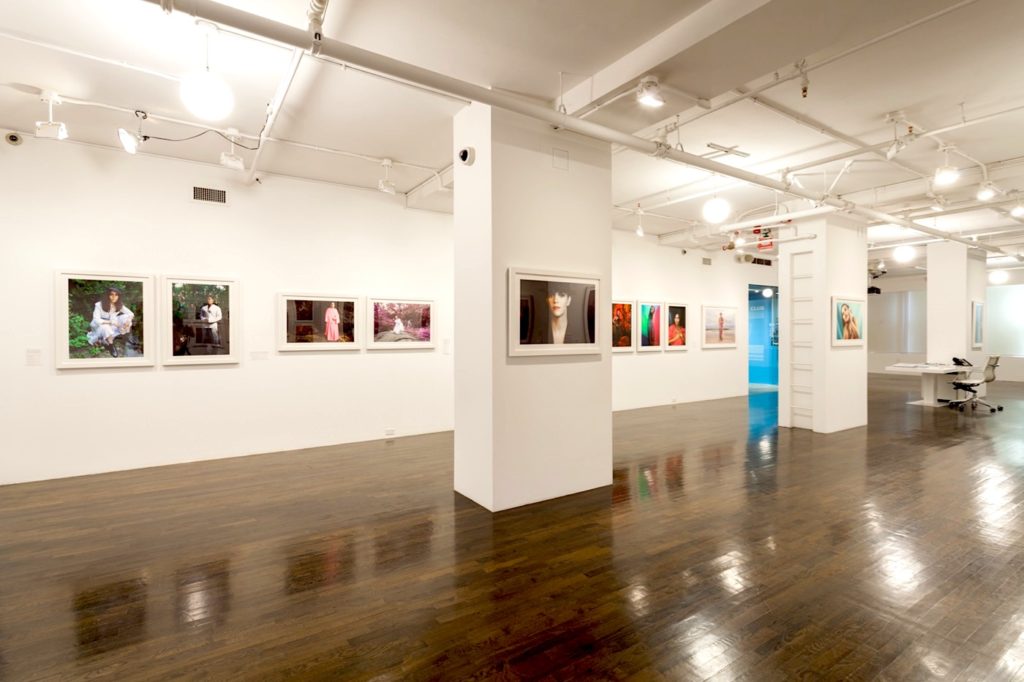