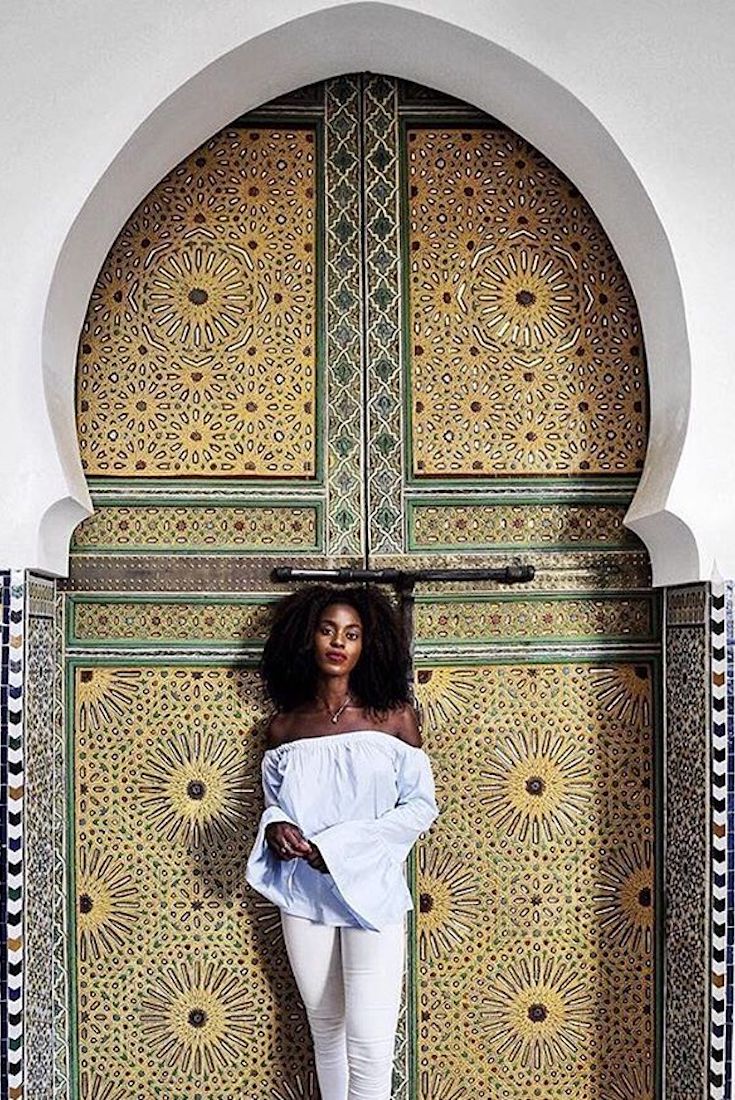 With no worries of work or money, you could explore every crevice of the Earth, meeting new people, sightseeing and eating tons of exotic food. Sadly, that wish will probably never be reality for most. But just because you can’t take an endless vacation does not mean you can’t feel like you’re constantly exploring the world. Thanks to social media, we can discover new cities and countries through the photos of people who have dedicated their profiles to taking you along on their travel journeys. And while there are hundreds of Black traveling accounts on Instagram dedicated to introducing you to new destinations and cultures, here are seven accounts you should be following:

There will never be a perfect time to chase a dream. Life moves quick and obstacles are abundant — so throw caution to the wind and live the life you're meant to live. #travelnoire #fez

Anytime a mariachi band is in close proximity to me, watch out 👀! I ❤Spanish love songs and I will always have special requests. . “We” decided on Volver.  Who else loves this song? . #flashbackfriday to @carlycushnie et @ocnyc's dream wedding in Mexico City two weeks ago.

•solitary • i've spent a lot of time alone in this whitewashed city. as an introvert, it's been incredibly refreshing to just do me. after 2 months of living with 11+ people in hostel dorm rooms or crashing on couchs, having my own space (mentally and physically) has made me appreciate my time in this city so much more. . . . . . #kjcurlstravels #sucrebolivia #bolivia #southamerica

today is my last day in rio and second to last in brazil after 2 months here. i spent it at mystical parque lage. i've seen so many amazing travel pics taken here and finally get mine 🌿 tomorrow i start my journey to bolivia & there's a new vlog up on my youtube channel (bit.ly/ safetravelwithkj) all about how i travel safely.

Morocco | Officially known as the Kingdom of Morocco

Morocco is a sovereign country located in the Maghreb region of North Africa. Geographically, Morocco is characterized by a rugged mountainous interior, large tracts of desert, and a lengthy coastline along the Atlantic Ocean and Mediterranean Sea.

Morocco has a population of over 33.8 million and an area of 446,550 km2 (172,410 sq mi). Its capital is Rabat, and the largest city is Casablanca. Other major cities include Marrakesh, Tangier, Tetouan, Salé, Fes, Agadir, Meknes, Oujda, Kenitra, and Nador. A historically prominent regional power, Morocco has a history of independence not shared by its neighbours. Since the foundation of the first Moroccan state by Idris I in 789, the country has been ruled by a series of independent dynasties, reaching its zenith under the Almoravid and Almohad dynasty, spanning parts of Iberia and Northwestern Africa. Marinid and Saadi dynasties continued the struggle against foreign domination, and Morocco remained the only North-African country to avoid Ottoman occupation. The Alaouite dynasty, the current ruling dynasty, seized power in 1666. In 1912 Morocco was divided into French and Spanish protectorates, with an international zone in Tangier, and regained its independence in 1956. Moroccan culture is a blend of Arab, indigenous Berber, Sub-Saharan African, and European influences. (Wikipedia).