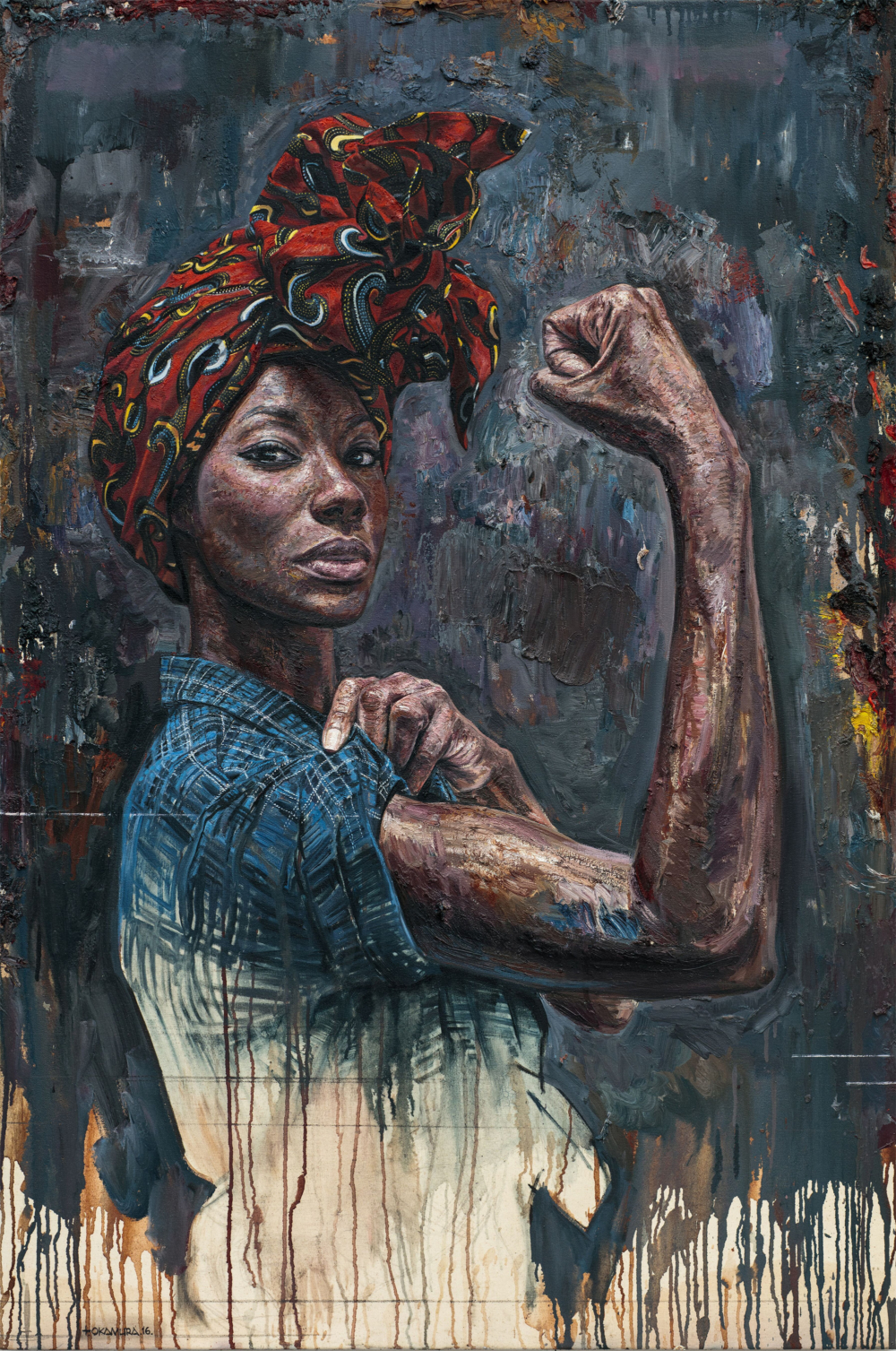 In his portraits of women, Brooklyn-based painter Tim Okamura explores the human relationship to identity.

His powerful works largely feature a single black woman in an exceptionally strong pose, with some pieces including natural elements like butterflies and rodents and others using graffiti reminiscent of city landscapes. Originally from Canada, Okamura “investigates identity, the urban environment, and contemporary iconography through a unique method of painting—one that combines an essentially academic approach to the figure with collage, spray paint and mixed media.” In an interview with Nailed, the artist spoke about why he began spotlighting people who are often underrepresented in art, saying he wanted a way to learn about those different from him and to question his conceptions of his own identity.