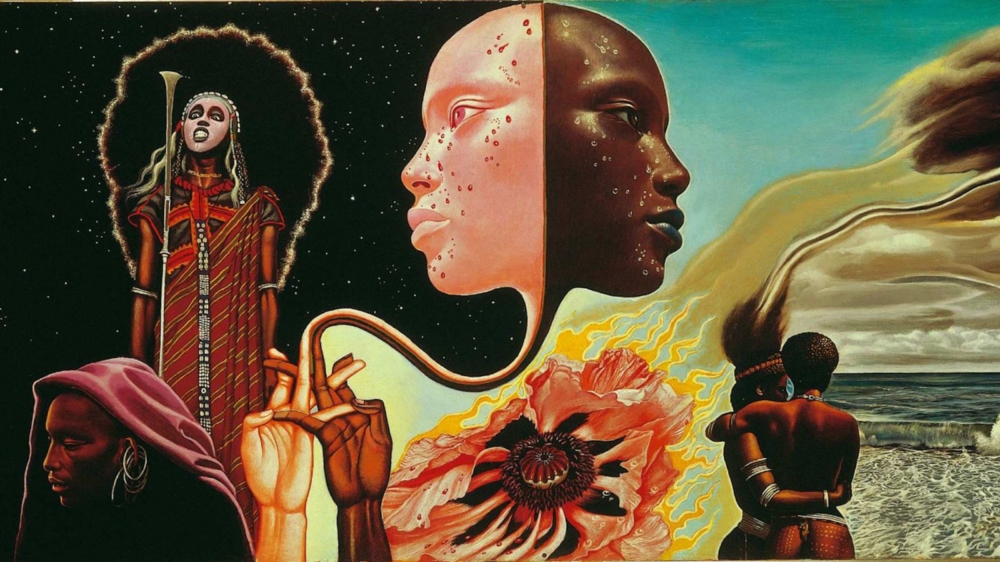 But that doesn’t necessarily mean they subscribe to traditional religion. As befits this naturally eclectic music that grew from an inherently eclectic country before it internationalized, its players tend to have an eclectic conception of the divine. In some of their interpretations, that conception sounds practically all-encompassing. You can experience the full spectrum of these aural visions, from the deeply personal to the fathomlessly cosmic, in this four-part, twelve-hour playlist of spiritual jazz from London online radio station NTS.

“During the tumultuous ’60s, there was a religious revolution to accompany the grand societal, sexual, racial, and cultural shifts already afoot,” writes Pitchfork’s Andy Beta. “Concurrently, the era’s primary African-American art form reflected such upheaval in its music, too: Jazz began to push against all constraints, be it chord changes, predetermined tempos, or melodies, so as to best reflect the pursuit of freedom in all of its forms.”