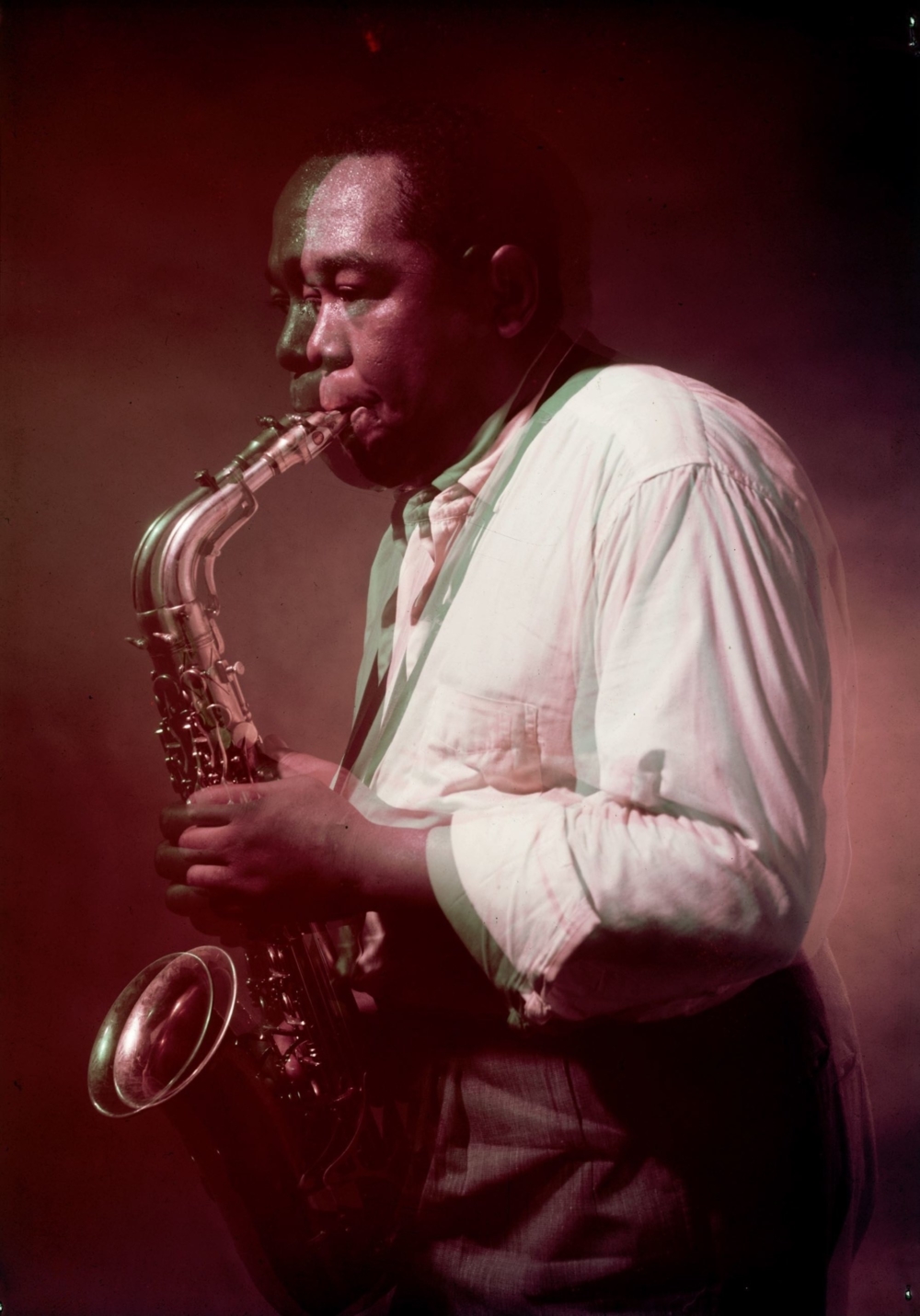 The brilliance of Charlie Parker.

Arista Records, a relatively new company that helps mind the avant-garde, has recently purchased the invaluable Savoy Records catalogue, and its first reissue is “Charles Christopher Parker, Jr.: Bird / The Savoy Recordings” (Savoy SJL 2201). The album includes the original masters of the thirty sides Parker recorded for Savoy between 1944 and 1948 (alternate takes, issued in a hopeless stew years ago, will be unscrambled for subsequent Arista reissues), and among them are the first small-band records he made (“Tiny’s Tempo,” “Red Cross,” “Romance Without Finance,” “I’ll Always Love You Just the Same”), all under the name of the guitarist Tiny Grimes, as well as the first, and still classic, numbers done under his own name (“Billie’s Bounce,” “Now’s the Time,” “Ko Ko,” “Thriving on a Riff,” “Warming Up a Riff,” and “Meandering”). Such later and equally imperishable efforts as “Parker’s Mood,” “Donna Lee,” “Barbados,” and “Blue Bird” are also present. The rest of the material tends to be uneven. Parker plays pale tenor saxophone on several tracks, and his accompanists, who generally include Miles Davis, John Lewis or Duke Jordan, a variety of bassists, and Max Roach, are sometimes leagues behind. Davis is dull, Lewis and Jordan don’t quite have themselves together yet, and the ensembles are smudged. But, by and large, Parker is fresh and searching, and the album serves as a singular reminder that Parker, who died at the age of thirty-four, in 1955, was one of the wonders of twentieth-century music. Like his spiritual brother Dylan Thomas, who died a year or so earlier, Parker was labyrinthine. He was a tragic figure who helplessly consumed himself, and at the same time he was a demon who presided gleefully over the wreckage of his life. He was an original and fertile musician who had reached the edge of self-parody. He was an irresistibly attractive man who bit almost every hand that fed him. He lived outside convention (he probably never voted or paid an income tax), yet, though totally apolitical, he presaged, in his drives and fierce independence, the coming of Malcolm X and Eldridge Cleaver. And he was, albeit succored by a cult, largely unknown during his life.

Parker was born in Kansas City, Kansas, to a knockabout vaudevillian, Charles Parker, and a local girl, Addie Boyley. When he was seven or eight, his parents moved to Kansas City, Missouri, and when he was eleven, his father, who had become a Pullman chef, disappeared from his life. Grammar school went well, but after he had spent three years in high school as a freshman he dropped out, and by the time he was sixteen his life was already accelerating dangerously. He had got married and had a child, he had become a professional, self-taught alto saxophonist, he was a member of the musicians’ union, he was a neophyte fixture of the teeming Kansas City night world, and he had begun using drugs. When he was eighteen, he went to Chicago and then to New York, where he became a dishwasher in a Harlem restaurant and fell under the sway of its pianist, Art Tatum. He also played in a taxi-dance-hall band, and jammed tentatively around Harlem. In 1940, he joined Jay McShann’s Kansas City band. In his biography of Parker, “Bird Lives! The High Life and Hard Times of Charlie (Yardbird) Parker,” Ross Russell notes the effect that McShann’s radio broadcasts from the Savoy Ballroom had on John Lewis, then a student at the University of New Mexico: “The alto solos on those broadcasts opened up a whole new world of music for me. I’d known Jay McShann from the time he used to barnstorm in the Southwest . . . but the alto saxophone was new and years ahead of anybody in jazz. He was into a whole new system of sound and time. The emcee didn’t even announce his name [and] I didn’t learn that it was Charlie Parker until after the war.” The effect of a McShann broadcast on the black members of Charlie Barnet’s band, backstage at a Newark theatre they were working, was no less electric. They heard somebody play ten spectacular choruses of “Cherokee,” and when their show was over they rushed to the Savoy, found out who the soloist was by asking McShann to play the tune again, and took Parker out to dinner. Parker quit McShann in 1942, and, after a period of rootlessness and semi-starvation in Harlem, joined Earl Hines’ big band, a crazy, warring group made up of old-line musicians and young beboppers. He then passed briefly through the short-lived big band led by Billy Eckstine, and by 1945 had settled down with the many small bands he would lead and/or record with until his death.