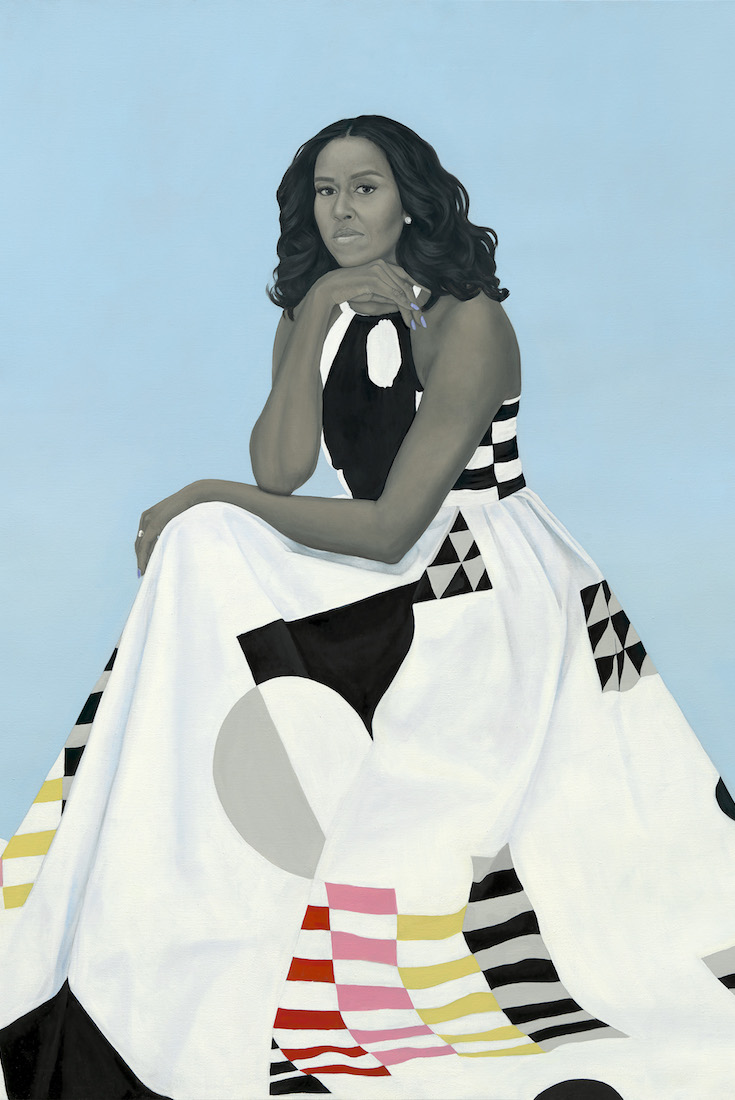 President Obama’s portrait was painted by New York-based artist Kehinde Wiley, best known for his colorful, large-scale paintings of African Americans, and depicts the former president seated in front of a floral background.

The floral elements represent different aspects of Obama’s history. Chrysanthemums represent Chicago, jasmine is a nod to his native Hawaii and African blue lilies serve as a remembrance of the president’s late father. 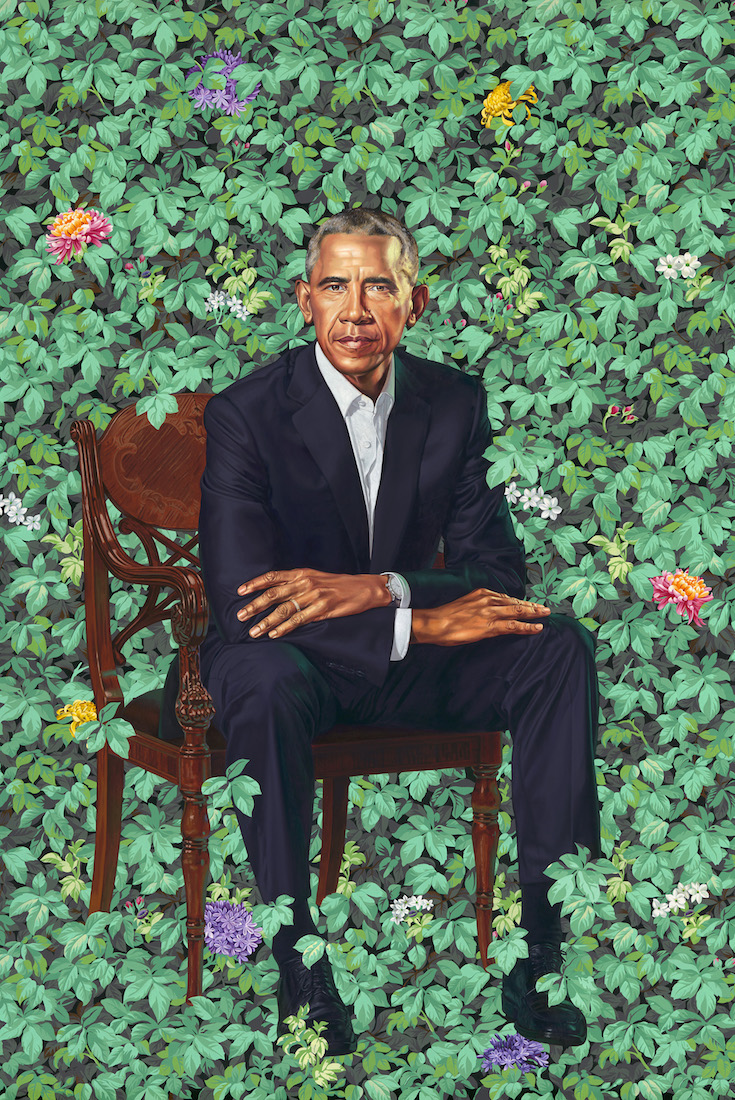 In Sherald’s signature style, the former first lady is featured in grayscale, a nod to photographs of African Americans taken in the 19th and early 20th centuries. The geometric shapes on the dress reminded Sherald, as she said in her introduction, of the quilts made by a black community in Alabama.