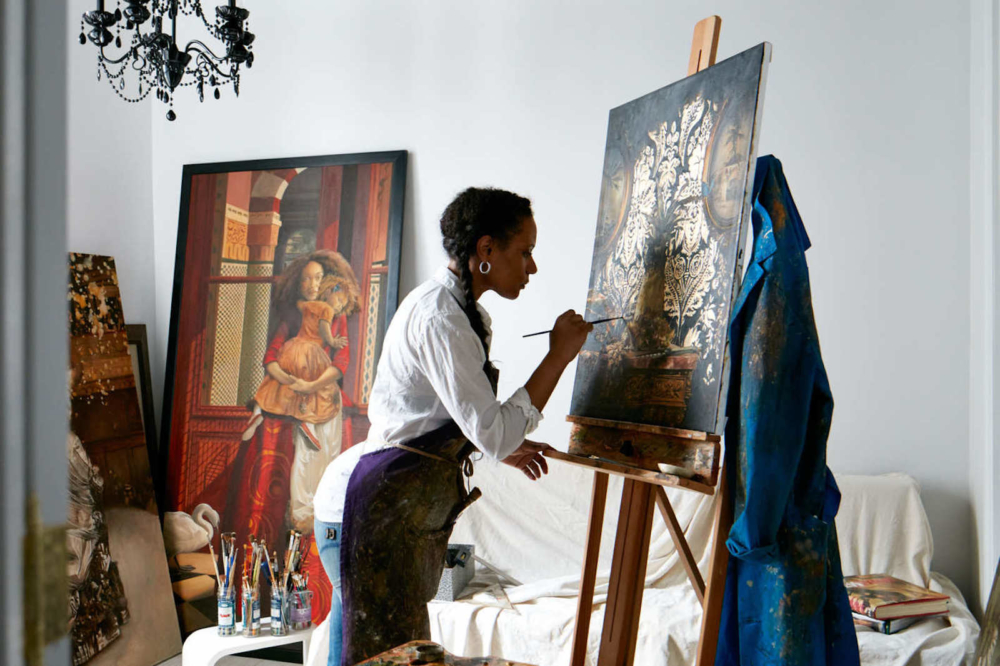 Elizabeth Colomba in her studio via NEW YORKER I’m not sure how many of you are aware of film storyboard artist Elizabeth Colomba; I sure wasn’t, and in case you weren’t either, I wanted to profile and share some of her fascinating work. What’s worth noting is that Colomba has done extensive storyboard and visual consulting work for many films including “Romeo and Juliet,” “Beloved,” “Slums of Beverly Hill,” “Waist Deep,” “Next Friday,” “The Wood,” “A Single Man,” “Catwoman,” “Amelia” and more. For those of you not familiar with what a storyboard artist does, Colomba is hired by film production companies as a professional illustrator; she creates comic-book like drawings or sketches, which filmmakers use in order to help visualize the story’s narration. Although she may be hired to sketch individual or particular scenes in films, according to a 1998 interview by tipjar.com, her work for a film like Rick Famuyiwa’s “The Wood” for example, demanded her to draw almost every frame, which would be quite a feat. Colomba said, “My partner Kasia Adamik and I had to storyboard the whole movie. They had the money for a month, so we did everything we could. We didn’t finish it, but there was a lot of work. There were action scenes. Even simple scenes were drawn. You could read the whole story from the storyboards.”