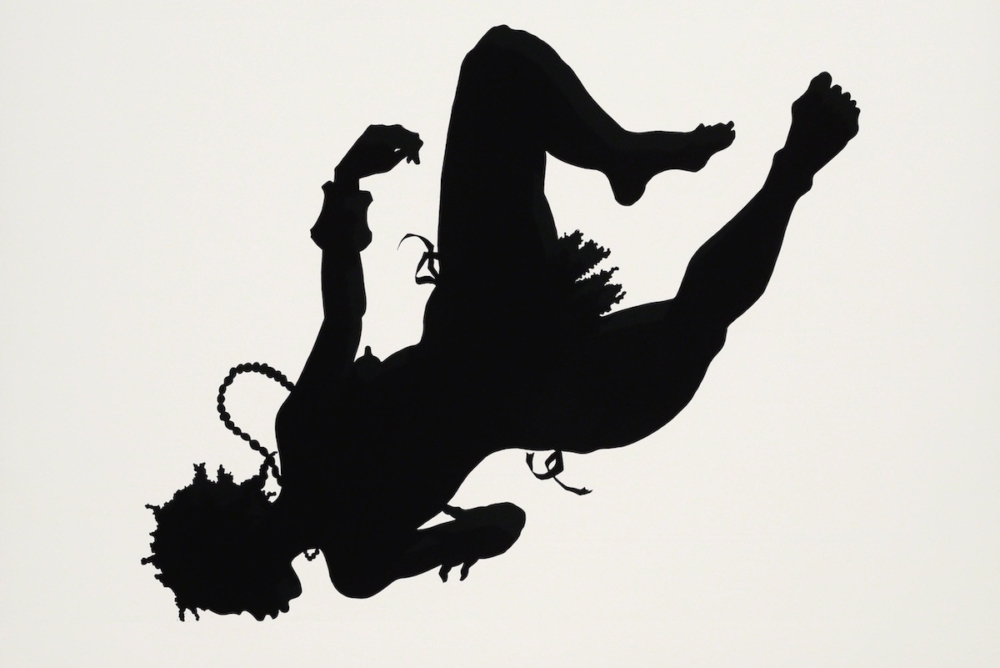 MONTCLAIR, New Jersey — “Virginia’s Lynch Mob” (1998), the centerpiece of Kara Walker: Virginia’s Lynch Mob and Other Works, organized by guest curator Gwendolyn Dubois Shaw at the Montclair Art Museum, unfurls across a 40-foot curved wall in a parade of racially charged, morally fraught fantasies that offer no easy way in, or out. [mc4wp_form id=”6042″] 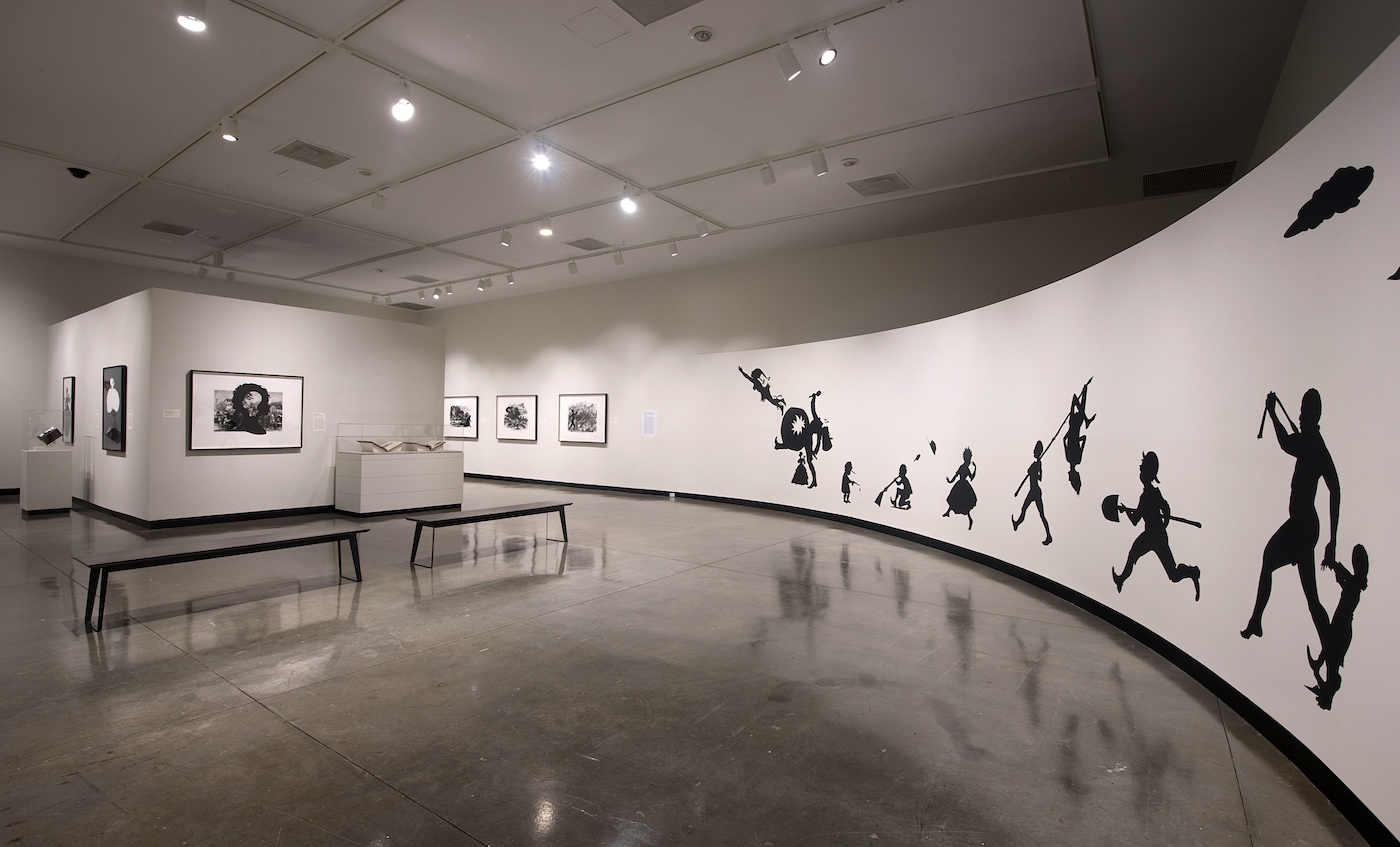 Walker’s brilliance at what Shaw, in her book, Seeing the Unspeakable: The Art of Kara Walker (Duke University Press, 2004), terms “signifying the horrors of historicized, fictionalized, and mythologized slavery in a uniquely African-American way,” prevents us from viewing “Lynch Mob” through a single lens. Shaw writes:

As the literary historian Henry Louis Gates Jr. has theorized about the slave narrative in his germinal book The Signifying Monkey: A Theory of Afro-American Literary Criticism, Walker was making “the white written text speak with a black voice, [which] is the initial mode of inscription of the metaphor of the double-voiced.”

Shaw’s research reveals that the silhouette was not only a popular form of portraiture for 19th-century white society, but also a cheap method of identification attached to an enslaved person’s bill of sale in the event of an escape.